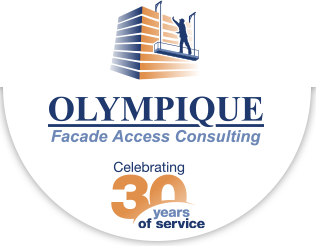 SAN FRANCISCO (CBS SF) — The family of a window washer who survived a fall from the top of an 11-story building in San Francisco’s Financial District last month has raised more than $73,000 to help offset their expenses following the accident.

The fund was established on Dec. 11 and more than 1,160 people have donated money to the family of Pedro Perez, 58, via the fundraising website GoFundMe.

Perez was working when he fell from the top of a building at the intersection of California and Montgomery streets on the morning of Nov. 21.

He landed on a moving car and was seriously injured.

According to the GoFundMe website, Perez suffered extensive brain trauma and internal hemorrhaging, as well as a fractured pelvis, broken arm, and a ruptured artery in his right arm.

Perez is now able to converse with others and is regaining his memory. However, he remains unable to work and it is unclear whether he will be able to walk again, according to the GoFundMe site.

Perez’s wife works at a factory in the East Bay and his 19-year-old daughter Monica Perez has taken time off from college to help support the family following the accident. His other two daughters are 11 and 16.

The family asked for donations from the public to help make ends meet, since Perez was the family breadwinner prior to the accident.

According to the GoFundMe site, the goal was to raise the difference between one year of Pedro’s wages and the workers’ compensation payments for the year, about $20,000. The fund is already at $73,140, more than three times that goal.

Last week, Perez’s daughter Monica responded to the outpouring of support and the flood of donations.

She said the donations will allow her to return to her college studies and lets her father “know that we won’t have to struggle any longer with the bills.”

She said her father is still receiving in-patient care and that she hopes the financial support will allow him to concentrate on his rehabilitation so that he will be able to join his family at home again.

Perez, an employee of Redwood City-based Century Window Cleaning, was preparing to wash windows on the building when he fell, according to the California Division of Occupational Safety and Health.

The federal Occupational Safety and Health Administration cited the company for safety violations four times in 2008, including one serious violation that resulted in a $6,740 penalty, according to the agency’s website.

The case was eventually settled, and the penalty was reduced to $2,720, Cal/OSHA spokeswoman Julia Bernstein said.

Bernstein said Cal/OSHA is continuing to investigate the incident.

Updates about the fundraising campaign and Perez’s recovery can be found online atgofundme.com/ir2rpw.